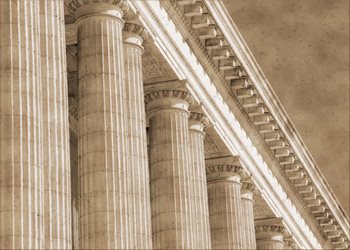 Family courts are a division of each state’s superior courts. Family courts deal only with certain issues that relate to family matters. For example, some of the issue that family court may hear are divorce cases, domestic and child abuse cases, custody cases and adoption cases.
Family courts were set up to help determine outcomes for any cases that relate to the institution of family. They were created to resolve family issues in a fair manner, one in which the rights of each family member are held to be important.
In fact, a family court is suppose to promote family as an institution. Since family courts have only one focus, to promote the interests of the family, they are able to devote full time and attention to these very specific types of court cases.
A family court will deal with cases that relate to abuse and neglect allegations, of both children and spouses. By having a specific focus, family courts can address the seriousness of the allegations while also striving to maintain the family as an institution. In fact, in cases of abuse, judges set out to protect all family members from the abuser, in order to promote the family’s well being.
For example, in the case of spousal abuse, the judge is not likely to allow the children contact with the abuser. In fact, family courts resulted from the frequency of such cases, and inability of the regular courts to deal with cases in a timely and efficient manner.
In the past, courts were so backlogged that individuals who suffered from abuse were left waiting for orders of protection, which often put victims lives in jeopardy. In addition, family courts can deal with several issues at once. In a divorce, a judge can deal with property distribution, support payments and custody issues.
While the issues may not all be heard at the same time, they are likely to be assigned to the same judge. As a result, families can be assured that the judge is familiar with their case and can make decision based on the health and well being of the family unit as a whole.
Families are also spared the necessity of repeating their entire family history every time they need to go to court to handle another related issue. Also, judges in family court become experts in making the best decision on family matters, because they are focused on such issues exclusively. In the past, courts had to handle a myriad of issues, and could not possibly be familiar with the intricacies of family law.
Family courts strive to handle all issues in a way that best contributes to the overall interests of the family. In fact, family courts strive to find timely and fair resolutions to all family matters. In addition, courts may mandate that the family tries to resolve their issues through mediation.
This can be helpful for families because the become able to resolve issues in an effective manner, without the need for constant court intervention. In addition to saving money, these families are also able to learn conflict resolution which often results in a stronger and closer family.

Easy Guide to Filing For A Family Law Complaint